Inside the world’s 8 best advertising campaigns 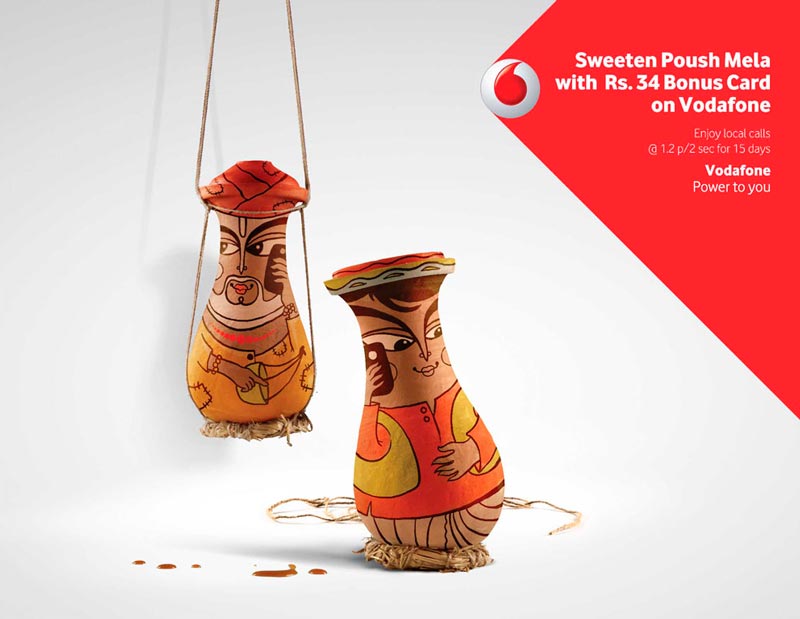 Advertising is everywhere. Most of us do our best to ignore, or even block it. However, there are always some campaigns that manage to penetrate through our ambivalence and make us stop and listen.

But what makes these successful campaigns different from the ones we avoid? The Gunn Report just produced its list of the most successful advertising campaigns of 2015, along with insights into each of the top 8’s strategy, media execution and effectiveness.

The report identifies the most awarded adverts by combining the winners’ lists from the 45 most important award festivals around the world. It does not disclose which awards festivals are included, so no one gets annoyed. The common theme for success among most of the ads is to look beyond the brand to make a positive impact in an innovative way.

Idea: The small German town of Wunsiedel has a big Nazi problem. Each year, neo-Nazis march through the town, against the wishes of many of the townsfolk. So ZDK Exit Deutschland came up with a genius plan to put them off. For every step the neo-Nazis took, more money would be donated to a charity. This charity was devoted to getting people away from the neo-Nazi scene. So the neo-Nazis would essentialy be marching against themselves.

Strategy: The arriving neo-Nazis were treated just like charity walkers. They were encouraged by banners, street markings and even given bananas to keep them marching on.

Effectiveness: More than a dozen other towns have applied the idea to put off neo-Nazi marches. The campaign reach 175 million impressions worldwide and much print and TV coverage. The neo-Nazis of course raised € 10,000 for a charity against their organization.

Vodafone Red Light App — Between Us

Idea: Vodafone created an app to help Turkish women call for help during an incident of domestic abuse, simply by shaking their phones.

Strategy: Because of the nature of the app, Vodafone wanted to keep it secret from men, so the brand disguised it as a simple flashlight app. It was promoted only to women by hiding messages adverts for it deep within long videos about traditionally feminine topics, or sewn onto the label of women’s clothes. After knowledge of the app became widespread, it changed its name and masqueraded as a mirror app.

Effectiveness: The app was incredibly successful. 24% of Turkish women (254,000) downloaded the app, according to the Gun Report.

Idea: Oreo jumped on the chance to get involved with the hype in the UK surrounding the first solar eclipse in 16 years. The real eclipse turned out to be a massive let down for most Brits as it was hidden behind grey clouds. Fortunately, Oreo created videos of its own eclipses across the country.

Strategy: Oreo started by putting a full page translucent image of its biscuit over the cover of the UK’s most read newspaper, The Sun. It also created real time eclipses on digital billboards across the country, using data from the Royal Astronomical Society to make sure it was accurate in each location.

Effectiveness: The Gunn Report claims that the Oreo Eclipse was seen by 20 million people in one day. Sales rose by 35% that March.

Idea: 1/4 of children’s vision problems go undetected because they are not taken to the opticians often enough. OPSM — an Australian optometrist — wanted to address this, so it made a free interactive child’s book, “Penny the Pirate,” which allowed children to get their eyes tested by reading.

Strategy: It used a well known illustrator, Kevin Waldron, and scientists from the University of Melbourne to create pictures that contain subtle eye tests within them. To make sure the idea was picked up, OPSM partnered with Australian schools in the testing stage.

Effectiveness: The book “is on track to screen over 500,000 children leading to 125,000 OPSM appointments,” according to the report.

No Somos Delito (We are not crime) — Holograms for Freedom

Strategy: People were encouraged to record their shouts, upload pictures, and send in messages of protest. This was then projected into a Holographic Protest outside the Spanish Parliament, where physical demonstrations are banned.

Effectiveness: The report says that No Somos Delito earnt a global audience of 800 million from the campaign, it was mentioned in 50,000 tweets which gained 400 million Twitter impressions. The protest was debated in the Spanish congress.

Idea: Newcastle Brown Ale wanted to take part in the Super Bowl ad circus, but it did not have a spare $5 million to pay for it. So, It decided to ask other brands to chip in.

Strategy: The British ale company put out a message asking other brands to contribute to the cost of the ad in return for placement within it. The crowdfunding model attracted almost 400 interesting brands.

Effectiveness: The ad released during the big game featured 38 brands in 60 seconds. In the weeks prior to the Super Bowl, the ad received 2 billion media impressions.

Idea: The whisky brand wanted to show solidarity with the Lebanese people during a time of conflict.

Strategy: Johnnie Walker started #KeepWalkingLebanon. The most powerful messages of support were made into art on the ground in Lebanon by a fire calligrapher, who travelled around the country with a film crew to “reward the online participants in real time every night over the period of a full month.”

Effectiveness: The campaign had 38,400,000 total impressions, Lebanon’s biggest talk show dedicated a whole episode to Johnnie Walker and the brand grew by 19.99% in the country.

Idea: Always wanted to shred and reverse the idea that “like a girl” is an insult, in order to raise brand awareness. It also wanted to address the issue that girls’ confidence falls to its lowest point during puberty.

Strategy: The brand filmed girls and women of different ages who were asked to perform certain actions “like a girl.” It turned out that pre-pubescent girls would perform the actions confidently, with strength. However, older girls always responded by acting “pathetically.”

Effectiveness: The Gunn Report says the campaign became a global movement with 76 million views across 150 countries. #LikeAGirl was mentioned on twitter once every 90 seconds. Always released a version of the ad during the Super Bowl.