How to Use Social Media For Better Customer Acquisition 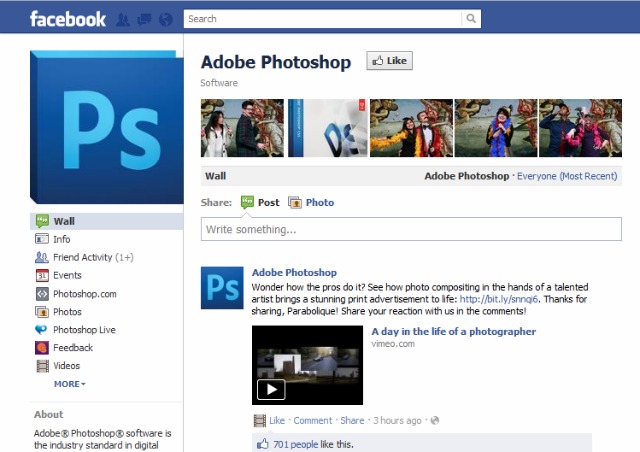 It sounds simple enough, but a lot of brands don’t take that second step. One brand that did was Adobe, which recently charged its product management group with running its Facebook Page for Photoshop in 2009.

At the time, the Page had fewer than 300,000 fans. Now it has more than 3 million. The Page now serves as a conversation hub for fans. Adobe regularly updates the Page with information that’s relevant to a design-savvy audience (like a recent reposting of Twisted Sifter‘s “20 Clever Logos with Hidden Symbolism.”

Once you’ve determined what your target customers’ interests are, a good strategy is what’s known as “content marketing,” a.k.a. providing objective information. Since a hard sell undermines credibility, marketers are more or less forced to become publishers. Many are aware of this. A recent survey of marketers by Focus, though, found that so-called “content marketing” was the second-strongest performer for them over the past year, second only to email. (Social media was No. 3.)

In an October eMarketer report, Lauren Fisher, an analyst with the company, offered a few reasons why providing relevant content to your audience is a good strategy:

Solis says six months after Indium started blogging, lead generation increased 600%. (Indium, by the way, is not a client of Altimeter’s.)

Another upside of this strategy is that it provides a stream of content for your Facebook and Twitter activities. After all, without frequent, interesting updates, your fans will lose interest.

If you consider a user’s clickstream as a conversation of sorts, then ending things in the middle is unsatisfying for the user and will end in frustration. Solis says the reason for this is the common tendency to end the clickstream at the company website. These days, there’s no reason to do that.

“The idea is that brands can use social media to bring closure,” Solis says. “By studying behavior, questions, answers, conversations, relationships, etc., businesses can learn how to design content, landing pages, and overall experiences to deliver the resolution various consumers seek.”

As an example, Solis cites the use of QR codes. Most companies, he says, will run a QR program that leads to the company’s homepage. A better strategy is to provide “a new landing page that is optimized for expectations.”

4. Improvise, But Use Common Sense

As mentioned, Marin’s Lawson admits that customer acquisition via social media isn’t easy. One major issue he has is that, compared to traditional tools like search ads, banner ads and email, social media is difficult to measure.

Lawson’s not the only one who has that issue. No industry standard figure seems to exist for customer acquisition via social media. That means that you may have a Facebook Page with 10,000 fans that nets only four leads but won’t have any idea whether that’s good or not.

Lacking a well-worn playbook, many go with their gut. Eloqua’s Chernov, for instance, has found that the hard sell is the wrong approach. “Selling on social media is like the old joke about the two bulls on the top of the hill: They can run down and cozy up with one cow, or they can walk down and get to know ‘em all,” he says. “Companies that try the hard sell on social media get ousted from LinkedIn Groups, voted down on Quora and ignored on Twitter and Facebook. The hard-sell runs against the fabric of social media. Marketers are far, far better off trying to help prospects — by talking about what they ‘know’ versus what they ‘sell’ — on social channels.”